Flashbacks to Another Me - Guest Post by Lizzi of Considerings

I am so incredibly thrilled to share today's guest blogger for Mental Health March, Lizzi of Considerings.

It has been my goal to touch on as many mental health issues during the month of March as I was able by reaching out to other bloggers.

The gratitude I feel toward Lizzi for this post (and part two coming later this week) is immeasurable.

One of the issues I hadn't considered, while preparing Mental Health March, is how depression embeds itself in the life of a child and grows with them. Lizzi's post has opened my eyes to a place I hadn't previously considered and WOW, what super powerful post! 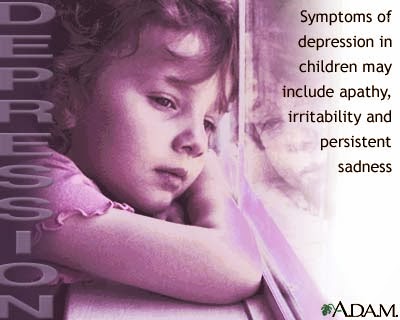 Flashbacks to Another Me

Overnight, when I was seven, Depression came to take over my world.

It belonged to my father, and it swallowed him whole, tapping into many underlying parts of his story and overwhelming him. But this is my story.

Overnight, when I was seven, I stopped being a cherished daughter. I became a burden (dressed up in the heavy word ‘privilege’, which really meant ‘responsibility’). An irritation. Something to be borne. Dealt with. Put in my place.

Over the ensuing years, I was crushed under the weighty heel of Depression with harsh words and constant undermining; used as an outlet to express some of the pent-up rage with a cruel double-tag of goading into rebellion and sanction for my response. It was permissible that way.

Daily, the idol of an unbroken marriage was taken out, and we were all (in our ways) sacrificed upon its altar, regardless of the fact that this – whatever it was – was the thinnest veneer of ‘How Marriage Should Appear.’ And yet it had others fooled, for we were sufficiently cut off from socialization that very few knew what was going on.

And none of them knew how deep the rot went.

It finally burst its seams and broke; the false-god of marriage finally shown to be the charlatan it was, and it felt like freedom.

But safety played her tricks, and instead of relief, there was space to think – to be my own person – and having never done this before (because victims don’t think – they are mindless automatons of avoidance and self-protection), my mind was found wanting, and Depression took hold there, too.

*flashback*
Standing in the kitchen, anger upwelling within me at his harshness, finally snapping and responding to his jibes with matched (and learned) viciousness, hoping to break him; hoping he’d snap; hoping he’d hit so I could murder him and call it self-defense.

*flashback*
School, wishing I could join in, that someone would talk to me. Hanging out in the same places with the same people from habit, wandering constantly from one circle of closed backs to another, remaining impassive but wincing inwardly each time the backs snugged closer together as I approached. Ignored out loud.

*flashback*
Trying to get the bus to college and there’s a woman talking to the driver, wearing bright colours with her grating voice and ridiculous hair, and her face is sharp with make-up and scratchy in its expressions and I want to hurt her. I want to make her stop. I want her to shut up, and the world to shut up and everyone to STOPFUCKINGTALKING. I want a knife. I want to cut her. I want her to bleed and plead and gurgle as she realises she’ll never make a noise again. I disembark quietly and the air has turned to glue with rage, and I can hardly move; it’s taking every ounce of effort just to walk forwards towards the next bus stop. And I want to go back and find that bus and drag that woman off and make her pay…

*flashback*
A leaf rolls past me, scudded by the autumn breeze, and I freeze. Panic. Tremble inside. Because it’s found me. They’ve found me. And they’re everywhere. What a fucking time to develop a panic about leaves. Because they’re not just leaves; they’re another species and they’re following me, plotting. They want to swirl around me and take me down. And they follow me everywhere, whispering to one another about how they’re going to do it.

One landed one day, on the windscreen of the car as we were driving, and it was trying to break through the glass to get to me and strangle me, and I asked him to use the wipers to MAKEITGOAWAY *please, please make it go away, Daddy just do this one thing for me…please* And he laughed and left it there, murderous in its intentions, until I cried and the panic started taking hold.

*flashback*
The anger is inside me. The rage is there. Holding me down and making me sluggish. It’s poisoning me. It’s part of me, because I’m poison. I’m bad and worthless and need to somehow be better. Nicer. Kinder. Prettier. Thinner. Cleverer. Usefuller. More capable. More confident. More worthwhile. But never valuable, because valuable is unattainable. And the anger is in me, and it surges and surges and hurts me from the inside. It hurts to carry it. It’s in my blood and it’s killing me. So I let some out. And as it runs, the more it coats, the shinier that beautiful red, the anger settles and my mind shimmers. Safety in Red. Red for danger. Red for roses. Red for love. Red for Anger. I drip. I drip. I calm. I soothe.

*flashback*
“Given the things you’ve been doing, and the way you’re feeling, I’m going to recommend a course of anti-depressant medication. You’re already receiving counselling, aren’t you? Keep going with that.”
Anti-depressants? What? You’re not going to diagnose me or lock me away or take me out of this – OUT OF THIS?! – you’re going to leave me in the midst of this maelstrom, drowning, with nothing but a few pills to fix things? Please, please don’t say it’s depression. No-one ever gets taken away for depression. I need to be away. I need to be taken away. I need to be locked up. I need to be made safe. I need not to be left. It can’t be just depression, pleaseohpleaseohplease…

“In my professional opinion, it’s depression.”

*flashback*
“It’s really good that the tablets are helping you so much. And remember, whatever you’re feeling, because of the things in your history, it’s all so completely explainable. All of it. Stop beating yourself up for feeling it.”

Twelve years after Depression first entered my life, and perhaps eight after it entered my soul, it began to leave. I began to heal.

But it was the start of a long road, and Depression wasn’t done yet.

Lizzi is a Deep Thinker, Truth Teller and Seeker of Good. She works a normal job and has a secret life as the writer at Considerings.
Wife to Husby and Mother to two Neverborns, now dealing with the challenge of primary infertility, she is a frequent instigator of silliness and loves to entertain with words.

Please go over and see Lizzi!  I am truly thankful to Lizzi for graciously opening herself up and sharing this post on my blog today.

Thank you for your support of my blog!

Posting via
http://mydailyjenn-ism.blogspot.com/
Thank you for checking it out!

If you like my blog, please vote for me! 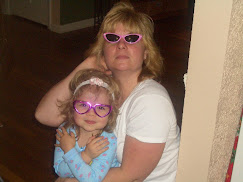 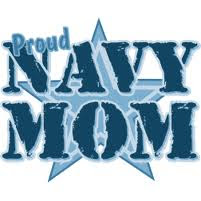 Awards I'm honored to have received: 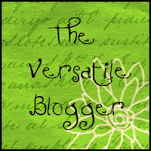 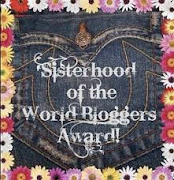